BioStimulants – Questions and AnswersThis document provides information about the best ways to use biostimulants and what types of resluts to expect.

Following is University Research performed on GreenNcrease 6-0-0 products.
All are printable and downloadable.

GreenNcrease Amino Acid Fertilizer Trial Iowa State University Study 2008
A fertilizer trial for Ajinomoto USA Inc. was conducted during the summer-fall months of 2008. The purpose of the study was to analyze the effects of several amino acid fertilizers as compared to urea and an untreated control. Two studies were conducted. The first was on green-height ‘Penncross’ creeping bentgrass and the second was conducted on the same grass at fairway- height. Data were collected on phytotoxicity, dollar spot ratings, and dry root mass from the green-height study. Data collected from the fairway-height study included phytotoxicity, dollar spot ratings, dry clipping weights, pre and post wear application shoot density counts, and total nitrogen shoot analyses.

GreenNcrease Effects on Creeping Bentgrass Performance uncer Reduced Irrigation in the Field Virginia Tech University Study 2010
Pythium prevention using Phosphoric Acids. Phosphoric Acids can prevent Pythium outbreaks as an alternative to more expensive Fungicides. Cycle Works Golf Supply of Minnesota has asked it’s manufacturer, United Agricultural Services (UAS) to provide a information about how this works. The following article is a technical explanation about Phosphoric Acids prevention of Pythium and other fungus type diseases. Several formulations of our pHorus product are available with the most popular being pHorus 0-31-23. For more information about this and other products please contact us.

Evaluation of a Fertilizer and Fungicides for Control of Pythphthora Root and Stem Rot
Phytophthora blight caused by Phytophthora nicotianae (syn. = P. parasitica) is one of the most damaging diseases of Madagascar periwinkle (Catharanthus roseus, a.k.a. “vinca”) in Florida. Symptoms of the disease may include root, crown and stem rot, discoloration of shoot tips and foliage, followed by defoliation, wilting, and plant death. One shoot or the entire plant may be initially infected. Total losses of landscape plantings at wet sites are not uncommon, and considerable losses in the production of vincas as transplants and potted plants may also occur. Our research objective was to evaluate the effectiveness of a fertilizer, Phorus (0-31-23) and commercially available and experimental fungicides for the control of Phytophthora blight in Madagascar periwinkle in two experiments. In a separate experiment we also tested the phytotoxic potential of different rates of Phorus to vinca.

Pythium Control Options
Pythium blight, also known as grease spot or cottony blight is a major disease of the turf industry. Caused by several species of Pythium fungi, the two most commonly associated with Pythium blight are Pythium aphanidermatum and P. graminicola. These Fungi are in a group known as Phytophthora and is referred to as “water molds” because they function best under wet, saturated soil conditions. The Pythium species that attack turfgrass can survive in thatch, in infected clippings, in roots and in the soil. They are known to active from spring to Fall and are more active when conditions are right.

2011 University of Wisconsin Organic Turfgrass Fertilizer Trial
Professional and consumer interest in organic turfgrass management is growing rapidly. There are many different organic products on the market but very little data with which to compare products.
This trial is an attempt to gather data on the efficacy of a range of organic fertilizers. This information will be useful to turfgrass professionals, consumers, and organic fertilizer companies
for promoting their products. 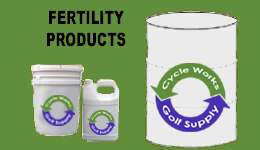 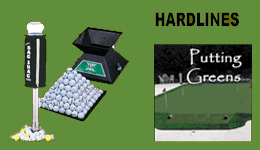